Mark your calendars for our upcoming Fall 2011 kick-off event: 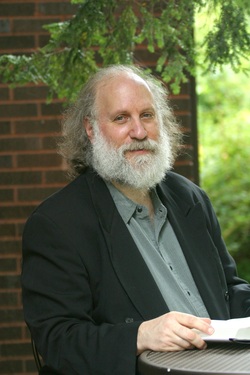 "Something Wicked This Way Comes: How to Save Higher Education"
A public lecture by Cary Nelson, Jubilee Professor of Liberal Arts and Sciences, University of Illinois, and President of the American Association of University Professors.


Dr. Nelson is a leading authority on modern American poetry, literary theory, cultural studies and the politics of higher education. His twenty-five authored or edited books include The Incarnate Word: Literature as Verbal Space (1973), Our Last First Poets: Vision and History in Contemporary American Poetry (1981), Marxism and the Interpretation of Culture (1987), Cultural Studies (1992), Higher Education Under Fire: Politics, Economics, and the Crisis of the Humanities (1994), Will Work for Food: Academic Labor in Crisis (1997), Academic Keywords: A Devil's Dictionary for Higher Education (1999), Revolutionary Memory: Recovering the Poetry of the American Left (2001), Office Hours : Activism and Change in the Academy (2004), and, most recently,  No University is an Island: Saving Academic Freedom (2010). He is the author of over 100 essays, including a number published in Academe, The Chronicle of Higher Education, and Inside Higher Education.

Cary Nelson took office as the 49th president of the American Association of University Professors in June 2006, and was reelected in 2008.

For more information, please contact NCC chapter president Steve Macek by e-mail at shmacek@noctrl.edu or by phone at 630-637-5369.